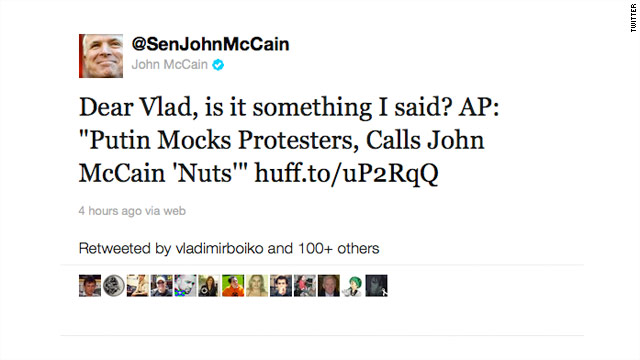 He also attacked U.S. Sen. John McCain over a warning that Russia might follow the same path as Libya, suggesting McCain was not of sound mind following his time as a prisoner during the Vietnam War.