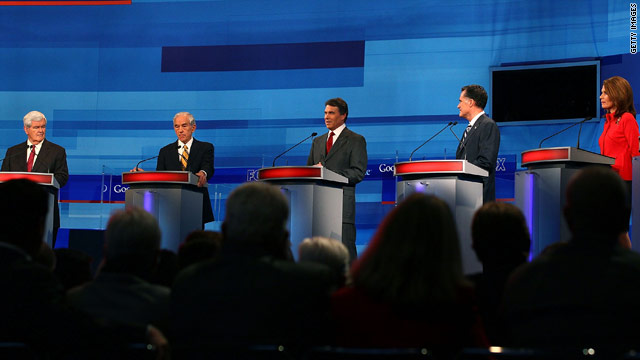 Stakes couldn't be higher in last debate before Iowa caucuses

Sioux City, Iowa (CNN) - Thursday's Republican presidential debate in Iowa will be the final episode in one of the most popular reality television series of 2011.

The GOP presidential race has been defined by more than a dozen debates that have been watched by millions of television viewers.