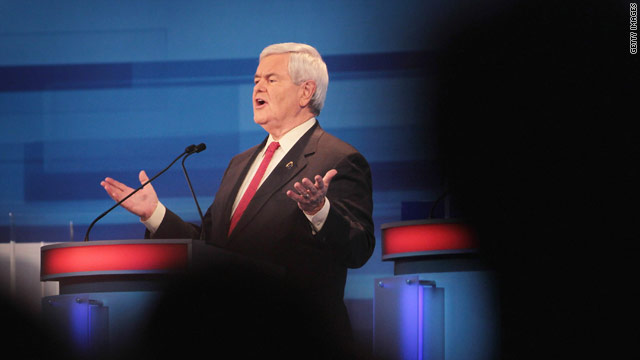 Citing comments Gingrich made during an appearance on NBC's "Meet the Press" back in May, Fox News host Neil Cavuto asked Gingrich if Mitt Romney's claims that he has been inconsistent on the issue are fair.

"If you go back and look at the 'Meet the Press' quote, it didn't reference him," Gingrich said, referring to Ryan. "And I'll come back and say it again, a free society should make very big decisions with the support of the people."

According to the transcript of "Meet the Press" from May 15, Gingrich was right to say that host David Gregory's initial question did not specifically reference Ryan, instead referring more generally to "Republicans" and proposals to turn Medicare into a "voucher program." It was to this question that Gingrich responded with his now infamous answer that such proposals would constitute "right-wing social engineering."

But Gregory asked specifically about Ryan's plan in his follow-up question, and Gingrich was only slightly less critical.

"I think that that is too big a jump," Gingrich said, referring to Ryan's proposal to replace Medicare with a voucher program. "I think what you want to have is a system where people voluntarily migrate to better outcomes, better solutions, better options, not one where you suddenly impose upon the - I don't want to - I'm against Obamacare , which is imposing radical change, and I would be against a conservative imposing radical change."

So while Gingrich was correct to say that he didn't expressly call Ryan's plan "right-wing social engineering," the transcript indicates his opinion at the time on the popular committee chairman's proposal was still quite critical.