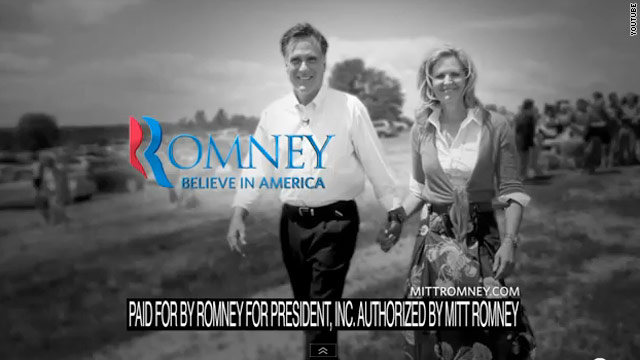 The Romney campaign released positive spots in New Hampshire and South Carolina. The New Hampshire ad showcased the candidate speaking with voters in Milford about the economy.

"My head is just above water," one man told Romney.

"Able to find work in this tough economy?" the candidate asked a man holding a baby.

The spot featured Romney at a diner, speaking with people outside and seated in a barber's chair. Romney said Monday the haircut cost him $12.

New Hampshire is a must-win state for Romney, who has recently stepped up his retail politicking as Newt Gingrich has surged in the polls there.

The spot in South Carolina, which hosts the first presidential contest in the South, shows footage of the candidate with his family, while he points to his 42-year marriage. The same commercial ran in Iowa earlier in the month.

Meanwhile in Florida, a political action committee supportive of the former Massachusetts governor's candidacy released an advertisement attacking Gingrich for having "a ton of baggage."

The spot hit Gingrich for ethics violations stemming from his term as House speaker and the seven-figure salary he earned working with mortgage giant Freddie Mac.