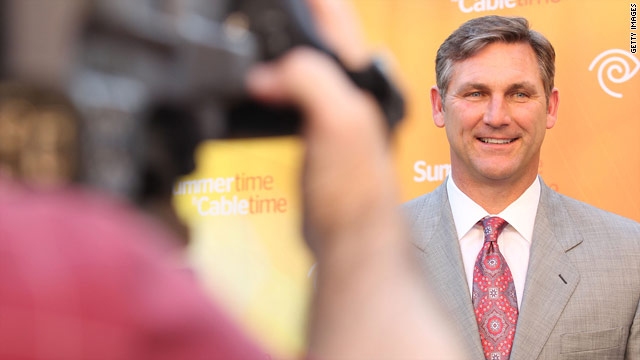 (CNN) - The crowded field of GOP Senate candidates in Texas may soon add one more hopeful to the mix: ESPN broadcaster Craig James.

The sports network announced on Friday it granted a short-term leave of absence for the college football analyst as he considers a Senate run just days before the Lone Star State's filing deadline on Monday.

"Craig requested to be taken off Tuesday's game as he considers his decision," said ESPN spokesman Michael Humes, referring to the Beef O'Brady's Bowl in St. Petersburg.

The Senate race in Texas is already underway, as several contenders hope to fill the seat to be vacated by GOP Sen. Kay Bailey Hutchison in 2012.

Lt. Gov. David Dewhurst, former solicitor general Ted Cruz, and former Dallas Mayor Tom Leppert are among the Republican contenders vying for the seat, with some already having raised millions for their campaign war chests.

James, a former running back at Southern Methodist University, lives in Celina, Texas and serves as a board member for the Texas Public Policy Foundation, a conservative think tank in Austin.

On Friday, the state's Republican and Democratic parties reached and agreement to move the state's primary to April 3, but the proposal awaits approval by an U.S. District Court three-judge panel in San Antonio.

The state's Republican primary was originally set for March 6.