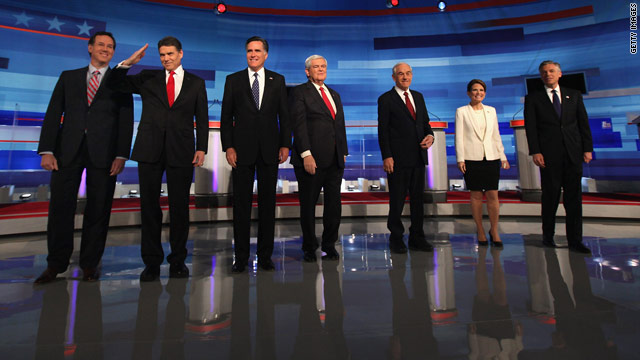 Will the real tea party candidate please stand up?

Washington (CNN) - With Herman Cain's departure from the 2012 field of candidates seeking the Republican presidential nomination, several contenders have sought to claim the "tea party candidate" mantle. But for those entrenched in the movement, none of the remaining candidates have a legitimate claim to the title.

Minnesota Rep. Michele Bachmann founded the tea party caucus in the House in 2010 and was designated one of the top 10 most conservative members of the chamber by Heritage Action, sister organization to the Heritage Foundation, an esteemed conservative think tank. She declared the tea party would "come home" to her campaign the day after Cain suspended his bid for the White House earlier this month.