(CNN) - Republicans called on President Barack Obama to make a decision on the controversial Keystone XL pipeline in their weekly address Saturday, saying the delay was a result of political calculations.

Speaking for his party, Wyoming Sen. John Barrasso said the project has received wide support, except from Obama's political base.
END_OF_DOCUMENT_TOKEN_TO_BE_REPLACED 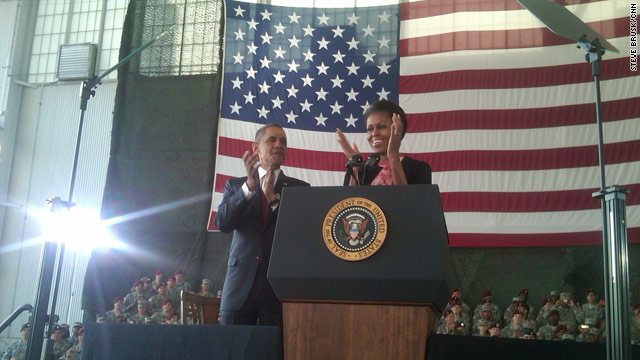 Obama: End of war reminds us of debt to troops

(CNN) – President Barack Obama said Saturday the end of the war in Iraq should serve as a reminder of the common bond that unites all Americans.

"There's a reason our military is the most respected institution in America," Obama said in his weekly address. "They don't see themselves or each other as Democrats first or Republicans first. They see themselves as Americans first. For all our differences and disagreements, they remind us that we are all a part of something bigger; that we are one nation and one people."
END_OF_DOCUMENT_TOKEN_TO_BE_REPLACED

(CNN) - Mitt Romney said Friday his campaign wasn’t responsible for any negative advertising, but claimed the tactic was an historical part of political contests that candidates should be prepared for.

“Our campaign hasn't put up negative ads at this stage,” Romney said on the Fox News Channel program “On the Record w/ Greta van Susteren.”
END_OF_DOCUMENT_TOKEN_TO_BE_REPLACED