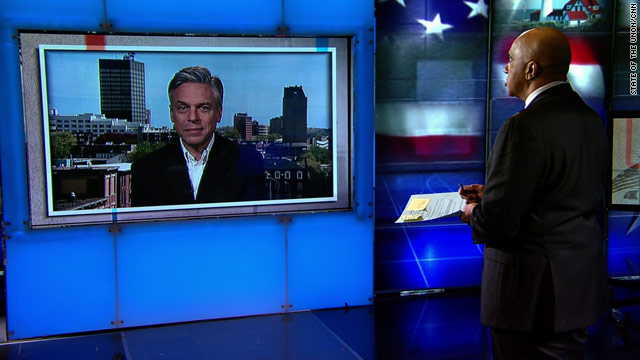 Huntsman: Everyone gets 15 minutes of fame

“Everyone gets their Warholian 15 minutes of fame. They go up and they go down,” Huntsman told CNN Political Correspondent Joe Johns. “I’m getting whiplash watching all of my friends go up and down. I don’t want that to happen to me.”

Huntsman described himself as the conservative voters are looking for, unlike some of his opponents who are “running for panderer in chief” in an interview on CNN’s “State of the Union.”

The former U.S. ambassador to China noted his rise in recent surveys of the first-in-the-nation primary state of New Hampshire, where he’s banking on a big win in January, and said his campaign is developing as he’d hoped.

“I want a steady, consistent, substantive rise, which is exactly what we are seeing in New Hampshire,” Huntsman said.

“We've gone from zero to now number three, which is a great place to be, and I think by the end of the month we're going to be in an even stronger position. That speaks to sustainability.”

Huntsman placed third among likely Republican primary voters in a recent Suffolk University/7News poll with 13% support behind Romney at 38% and Gingrich at 20%.