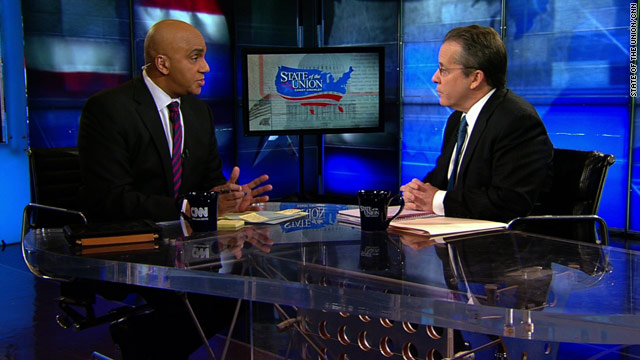 Washington (CNN) – The director of the National Economic Council said Sunday there was little chance the House would reject a Senate plan to extend the payroll tax cut for two months, but Gene Sperling also expects more political drama over the issue in the next two weeks and added that a longer agreement is possible before the end of the year.

In an interview on CNN’s “State of the Union,” Sperling noted the Senate measure to extend the reduced payroll tax rate and unemployment benefits for two months passed Saturday with strong support from both parties,

“What was significant about the vote yesterday (is) it had 89 votes—the compromise to extend the payroll tax cut, unemployment for 60 days into next year had 90% support,” he told CNN Political Correspondent Joe Johns. “The only things that get 90% support in the United States Senate these days are mom, apple pie, and chocolate ice cream, so I really think it is very unlikely that the House would disrupt this compromise.”

At the same time, Sperling assessed the chances for the issue to get resolved without further political drama in Congress before the end of the year as “very small.”

In the end, the possibility remained that a deal to extend the payroll tax cut for a full year could happen by January 1, when the current rate is set to go up.

“This is Washington, D.C. - you don’t categorically rule out anything,” Sperling said. The support for the bipartisan compromise in the Senate told him that in the end, Congress will agree to a full one-year extension of the current payroll tax rate, whether that decision comes now or when legislators return from their holiday recess in January, Sperling added.

“What gives you confidence that the payroll tax cut will be extended for a full year…is the fact that there was a bipartisan compromise,” he said.