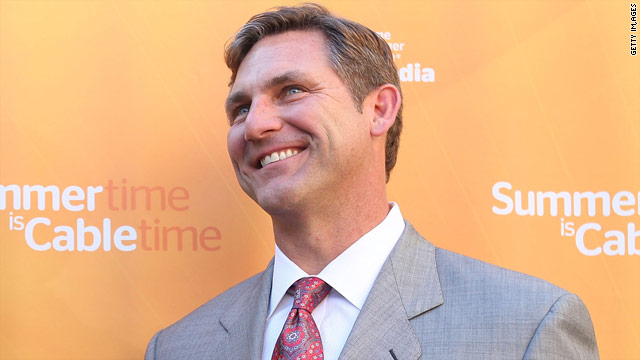 ESPN broadcaster to run for Senate

(CNN) - Sports broadcaster Craig James will no longer work for ESPN as he runs for a U.S. Senate seat from Texas, the network confirmed Monday.

James, who frequently appeared on the network as a college football analyst, made the decision final on Monday's filing deadline, said Michael Humes, a spokesman for ESPN.

With four months left before the April primary, James made a late entry into a crowded GOP Senate race for the seat soon to be vacated by Sen. Kay Bailey Hutchison in 2012.

Lt. Gov. David Dewhurst, former solicitor general Ted Cruz, and former Dallas Mayor Tom Leppert are among the Republican contenders vying for the seat, with some already having raised millions for their campaign war chests.

While James is a familiar name to college football fans, he'll face previous controversies bound to come up as he hits the campaign trail.

In 2009, James was tied to the ousting of popular Texas Tech football coach Mike Leach, who allegedly mistreated James' injured son, a player for the school's football team, according to media reports at the time.

"I don't think it's going to be a big issue at all because people are going to understand the truth, and the truth is we stood up for our son," James told television station WFAA, a CNN affiliate in Dallas. "We protected our son.

James also played as a star tailback for Southern Methodist University in Dallas during the early 80s.

Years later, the university was caught in a "pay-for-play" scandal that eventually led to the shutdown of the program from 1987-1988, according to The Dallas Morning News.

James lives in Celina, a small town north of Dallas known for its high school football team that boasts a record eight state championships. He also serves as a board member for the Texas Public Policy Foundation, a conservative think tank in Austin.

On Friday, the state's Republican and Democratic parties reached and agreement to move the state's primary to April 3, but the proposal awaits approval by an U.S. District Court three-judge panel in San Antonio.

The state's Republican primary was originally set for March 6.