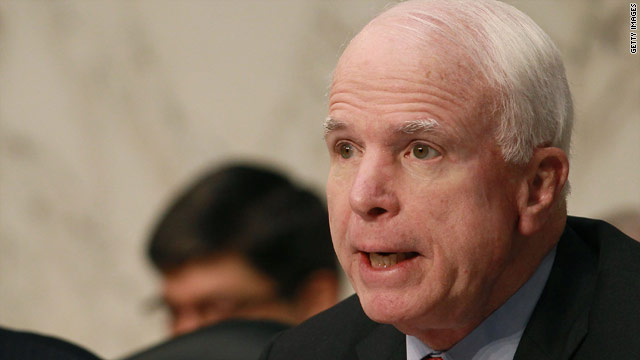 (CNN) - Republican Sen. John McCain of Arizona said Tuesday the battle on Capitol Hill between Democrats and Republicans over extending the payroll tax cut was causing damage to the GOP.

"It is harming the Republican Party," McCain said on CNN's "The Situation Room with Wolf Blitzer." "It is harming the view, if it's possible anymore, of the American people about Congress. And we've got to get this thing resolved."

The 2008 Republican presidential candidate called on GOP leaders to meet with Democratic leaders in the House, Senate and White House to hammer out an agreement before the tax cut expires at the end of the year.

McCain was one of 89 senators who voted Saturday to pass a Senate bill that would extend the tax reduction by two months. But House Republicans argue the short-term extension is only a band-aid, opting instead to hold out for a yearlong solution.

On Tuesday, the Republican-controlled House passed a measure calling for more negotiations. House Speaker John Boehner issued a letter to President Barack Obama, urging him to order the Senate back from its holiday break to engage in more talks.

"I think we have to recognize reality," McCain said. "And that is we are not going to see the payroll tax cut expire on the first of January. And we have to accommodate to that reality. It would not be fair to the American people at this time."