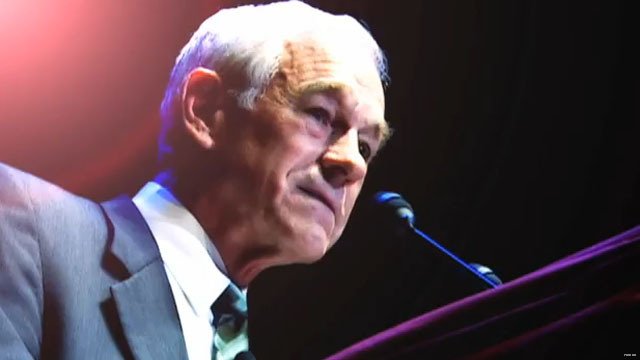 (CNN) - A new, slick, movie trailer style TV commercial by Rep. Ron Paul that takes shots at some of his rivals for the Republican presidential nomination hits the airwaves Tuesday in the first two states to hold contests in the primary and caucus calendar.

In the ad, titled "The One," Washington, D.C. is described as "a lost city" which focuses on "failed policies, failed leadership" and then presents the longtime congressman from Texas, who's making his third bid for the White House, as the only GOP presidential candidate that "has stood apart, stood strong and true," adding that Paul has stood "up to the Washington machine, guided by principle."

The Paul campaign says that the 60-second spot, which is an update of an earlier Paul commercial, will run on broadcast and cable TV in Iowa and New Hampshire. The ad's release comes two weeks before the Iowa caucuses, the first contest in the road to the nomination, and three weeks before the New Hampshire primary, which is the second contest.

While the narrator in the ad doesn't name Paul's rival candidates by name, an image of former House Speaker Newt Gingrich is seen with the caption "insider deals" and an image of former Massachusetts Gov. Mitt Romney, along with an image of President Barack Obama, appears under the caption "smooth-talking politicians." Quick images of Texas Gov. Rick Perry and Rep. Michele Bachmann of Minnesota also appear, with Perry grouped with Sen. Harry Reid, the top Senate Democrat, and Bachman teamed with Rep. Nancy Pelosi, the top Democrat in the House, under the caption "games of he said, she said."

The campaign says the updated spot is part of a multi-million dollar ad campaign in Iowa and New Hampshire. Paying for the buy may not be too much of a problem, thanks to an infusion of what the campaign says was over $4 million in fundraising since this past weekend.

News of the ad was first reported by Politico.