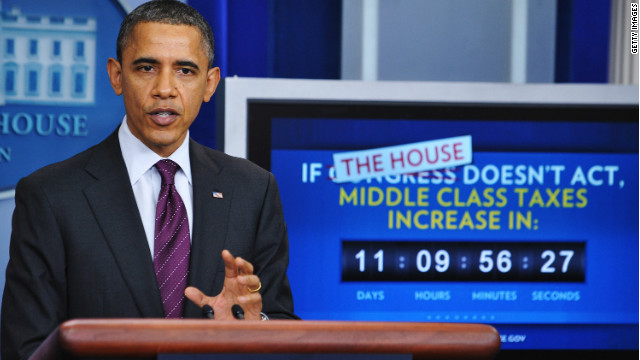 Posted by
By CNN's Jessica Yellin and Ted Metzger

Washington (CNN) - The gridlock and partisanship that threatens to ruin Christmas in Washington could be an election year gift for President Barack Obama's campaign.

A growing number of voters , 50% compared to 44% in March, trust Obama to solve the nation's problems while the percentage of those with faith in congressional Republicans is slipping, according to a CNN/ORC International Poll.