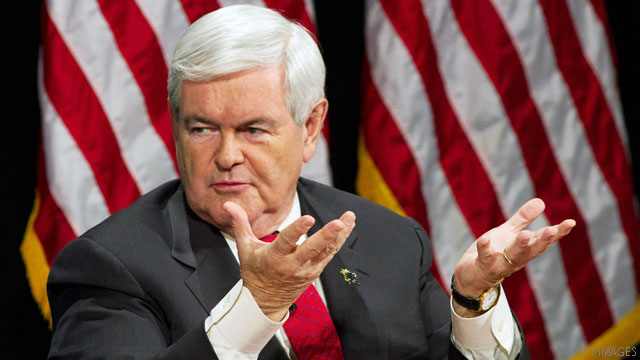 "If that's the most important (issue) to you, then you should be for Obama," Gingrich told Scott Arnold, a man who identified himself as gay.

"Okay. I am, but thank you," Arnold replied.

The comment ended a rather cordial exchange between the two at a campaign stop in Oskaloosa, Iowa.

Arnold, an adjunct professor at William Penn University, approached the former speaker, asking Gingrich how he would sway voters who disagreed with him on same-sex marriage.

"How do you plan to engage and get the hope of gay Americans and those who support them?" Arnold asked.

Gingrich replied saying he doesn't expect to get the backing from voters solely focused on changing the definition of marriage.

"And I accept that that's a reality," Gingrich said.

Gingrich has frequently taken a conservative line on the issue. Last week, he signed a pledge with the National Organization for Marriage, promising, among many things, to back a constitutional amendment defining marriage between a man and woman.