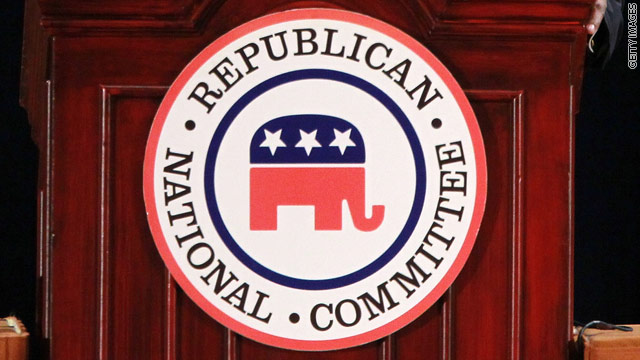 And according to the Republican National Committee, that could be a good thing for the GOP.

"It keeps us in the discussion that much longer," Kirsten Kukowski, press secretary for the RNC, told CNN Wednesday.

She pointed to the 2008 presidential election when Democrats didn't clinch their nominee, then-Sen. Barack Obama, until June.

The extended battle between Obama and then-Sen. Hillary Clinton consumed much of the political news, as Republicans had already sealed Sen. John McCain as their nominee three months prior.

"Even though it's a little bit different now because the president is an incumbent and therefore has that megaphone, it (would) keep us as the discussion in a lot of these states," Kukowski said, referring to later contests in the primary and caucus calendar that don't normally hold much influence in a shorter season.

Asked about Obama senior strategist David Axelrod's argument that an extended primary will force a candidate to campaign farther to the right, RNC Political Director Rick Wiley said so far most of the candidates' negative attacks have been focused on Obama rather than each other.

"I haven't seen them get pulled that far to the right yet," Wiley said. "They understand you have to distance yourself from your opponents and distinguish yourself."

But the RNC said a longer early voting season has its disadvantages, too – especially when it comes to money.

Kukowski cited the Democratic National Committee and the president's re-election campaign, which have joined forces to raise money for Obama, as a partnership the RNC is unable to mirror until the GOP field narrows down to one candidate.

"We're going to have to have a pretty good idea of who our nominee is before we can even start down that road," she said.

The voting season kicks off on Jan. 3 with the Iowa caucuses. New Hampshire, South Carolina and Florida also hold contests during that month.

The RNC lists a number of battleground states that went to Obama in 2008 but could swing to the red in 2012, including Wisconsin, Michigan and Pennsylvania. The group will also focus on winning Indiana, Virginia and North Carolina, three states that also voted for Obama in the last cycle and have since picked up several statewide offices for the GOP, according to Wiley.

Last month, RNC Chairman Reince Priebus said a lengthy primary season could happen, suggesting a candidate may not clinch the nomination until March 6, also known as Super Tuesday, or even the contest-heavy month of April.

"It could be before then, it could be just shortly thereafter," Priebus told CNN Chief Political Correspondent Candy Crowley in November. "I do know we are ready to go and we're ready to help save this country."