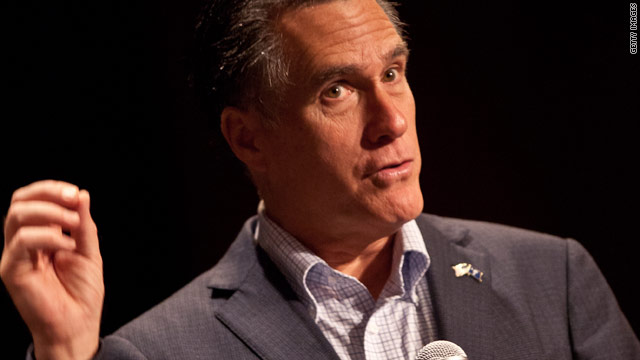 Keene, New Hampshire (CNN) - Mitt Romney defended the use of negative TV advertisements in the GOP primary campaign, saying they would prepare Republicans to face President Obama in the fall.

"If you can't stand the relatively modest heat in the kitchen right now, wait until Obama's Hell's Kitchen shows up," Romney said Wednesday at a campaign stop in Keene, New Hampshire. "Obama's putting together a billion dollars. He's going to be attacking us day and night."

Romney has come under a steady drum beat of criticism from former House Speaker Newt Gingrich over negative advertising run of behalf of Romney's campaign. A political action committee supportive of Romney's candidacy unleashed a blitz of advertising attacking Gingrich in Iowa, where Gingrich has recently fallen in state polls.

On Tuesday, Gingrich called on Romney to send a message to his super PAC, Restore Our Future, by publicly renouncing attack ads. (Link: http://on.cnn.com/uM3hBl)

Romney pointed to that campaign finance rule in the interview Wednesday, then went a step further in refusing to renounce negative advertising.

He said it was better for Republican primary voters to learn about a candidate's weaknesses before they chose a nominee to face off against Obama.

"It's probably a good time for people to see these things to make up their minds," he said.

His campaign took another swat at Gingrich that morning by releasing the names of seven former Iowa and New Hampshire state House speakers who had endorsed Romney.