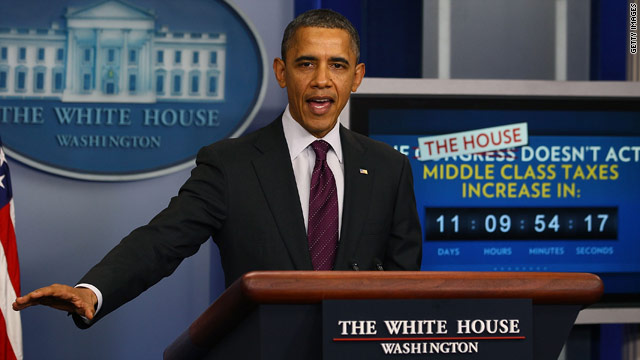 (CNN)- President Barack Obama will deliver a statement from the White House at 1 p.m. Thursday. He is expected to address the payroll tax cut extension standoff in Congress and will "be joined by Americans who would see their taxes go up if the House Republicans fail to act, including some of those Americans who have responded to this call to illustrate what $40 means to them," according to a White House release.