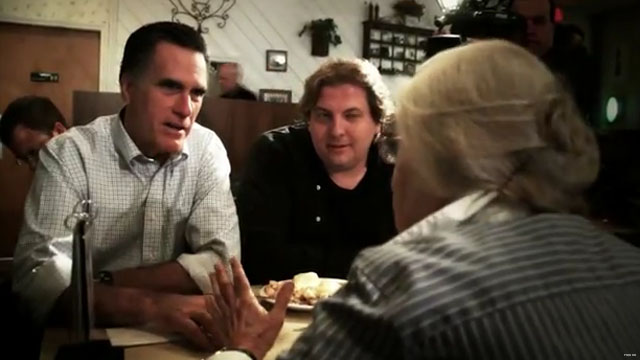 (CNN) – Mitt Romney once again pitches himself as the presidential candidate best poised to effectively reform government, in a new ad set to run in Iowa.

The 30-second spot, which features footage from a speech by the former Massachusetts governor, will run in the Hawkeye State ahead of the first-in-the-nation Jan. 3 caucuses.

"I'm going to do something to government. I'm going to make it simpler and smaller and smarter, getting rid of programs, turning programs back to states, and finally making government itself more efficient," Romney says in the commercial, titled "Conservative Agenda."

Footage of stump stops by the candidate and a child at different stages of adolescence are seen while Romney is heard stressing the importance of spending control so the next generation is left with a prosperous America.

The GOP candidates have increased their ad spending ahead of next week's caucuses. Polling in the state shows the race is still very much in flux, with the latest survey from American Research Group indicating a statistical tie for the lead among likely Republican voters between Romney, former House Speaker Newt Gingrich and Rep. Ron Paul of Texas.