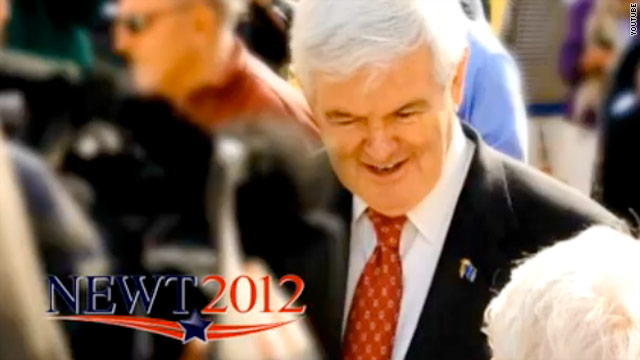 Des Moines, Iowa (CNN) - With one week to go until the Iowa caucuses, two new commercials supporting Newt Gingrich's bid for the GOP presidential nomination are about to hit Hawkeye state airwaves.

"It starts very simple: lower taxes, less regulation, an American energy plan and actually be positive about people who create jobs – the opposite of the Obama plan," says Gingrich, from the second clip in the ad.

The Gingrich campaign has spent just over $200,000 so far this year on ads in Iowa, a modest amount compared to the amount of cash put into ad buys by the campaigns of Texas Gov. Rick Perry, Rep. Ron Paul of Texas, and former Massachusetts Gov. Mitt Romney.

Meanwhile, an independent group supporting Gingrich's bid for the GOP nomination said it's coming out with a commercial portraying Gingrich as a conservative who is under attack by the Republican establishment. Winning our Future, a super PAC backing Gingrich, said their spot will also run statewide in Iowa starting Wednesday.

This is the second ad in Iowa by Winning our Future.