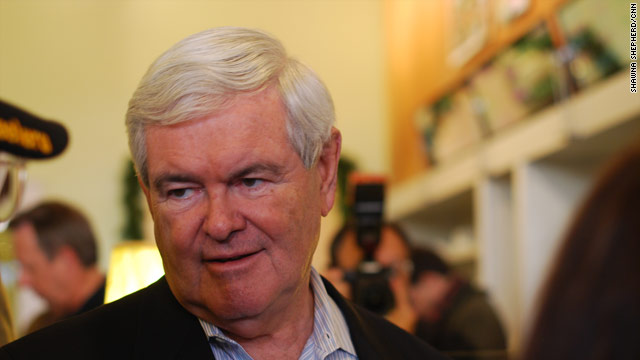 Algona, Iowa (CNN) - Newt Gingrich cited fraud Wednesday as the reason he didn't get on the Virginia primary ballot.

Last week his campaign acknowledged they used paid volunteers to scramble to get the required 10,000 signatures but fell short after the former House speaker and Virginia resident boasted his campaign was submitting as many as 12,000-14,000 signatures.

On a campaign stop at an Algona chocolate store, the former House speaker said the "mistake" occurred because one of their workers committed fraud.

The campaign called the Virginia ballot qualification process a "failed system" after they learned that former Massachusetts Gov. Mitt Romney and Texas Rep. Ron Paul were the only candidates that were successful.