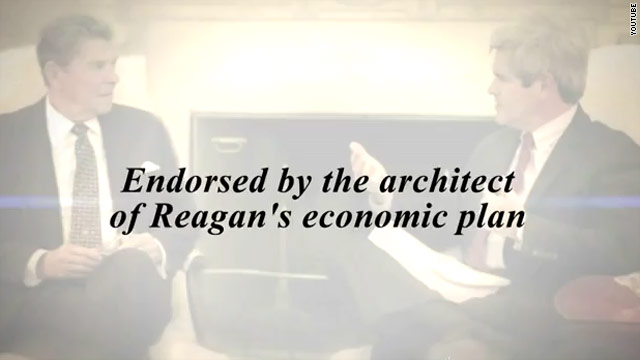 "If you hear high unemployment is our new normal, just say bologna!" he says directly to the camera in a 30-second spot airing statewide.

Gingrich outlines his strategy to "create millions of jobs" by "repealing laws that raise taxes and strangle business," cutting taxes, and "unleashing the power of our energy industry" in what the campaign describes as a "major ad buy."

The latest on-air effort to keep his campaign "positive," Gingrich's message reaches out to Iowa voters six days before the first presidential nominating contest takes place in the state and will run through the caucuses.

If you hear high unemployment is our new normal, just say bologna!

We can create millions of jobs right now.

Cutting taxes so America is once again the best place to invest and create jobs.

And unleashing the power of our energy industry.

That's just a start. Working together, we can rebuild the America we love and get people working again. I'm Newt Gingrich and I approve this message.