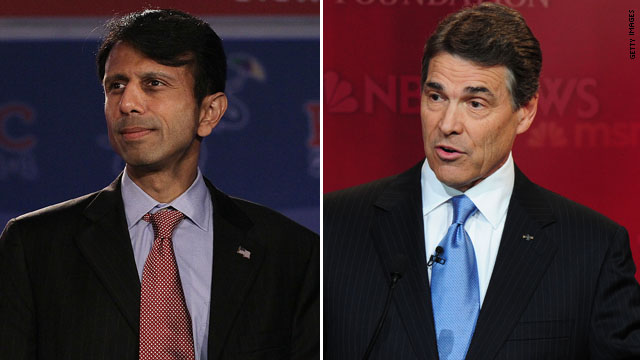 Jindal is one of the Texas governor's top surrogates and spent two days campaigning with the Republican presidential candidate in Iowa last week.

"I have been on the road with Rick Perry in Iowa, where his campaign is finishing strong," Jindal says in the 30-second call, which was provided to CNN by a South Carolina GOP source.

Listen to the audio here.

"Gov. Perry is a consistent conservative who will completely overhaul Washington," Jindal says. "Rick Perry is not afraid to tell the truth about the danger our country is in. South Carolina can make sure we have a conservative nominee. I believe Rick Perry is the strong conservative we need."

The calls are being paid for by Perry's campaign.

Jindal's isn't the only voice to hit South Carolina answering machines this month.

Gov. Nikki Haley also tracked a call for Mitt Romney, her chosen candidate in the Republican race, after she endorsed him two weeks ago.