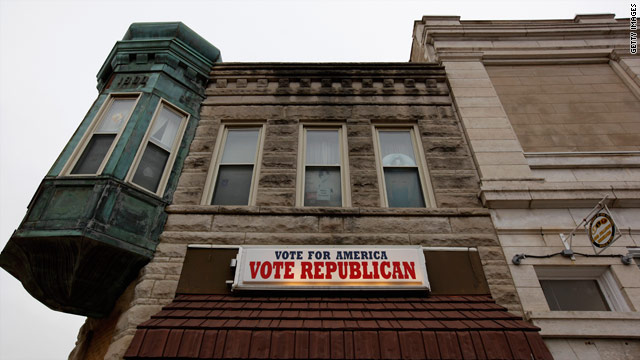 Des Moines, Iowa (CNN) – Many candidates and political wonks like to talk about Iowa's 99 counties, but a more important number in this year's caucuses may be 809.

That's how many different sites will hold GOP caucuses next Tuesday, according to the Republican Party.

While Iowa has 1,774 precincts, many county organizations are doubling- or even tripling-up multiple precincts in single locations. In part, that's to help make logistics easier on caucus night as groups will be better able to coordinate, compare notes, and organize in closer proximity to each other.

But it's also due to a particular 2012 problem.

"With the (caucus) date getting pushed a month ahead, it was hard to find places," said Dubuque County Republican Chairman Matt Giese.

He, like many local Republican chairmen, had trouble locking in sites once the planned caucus date was changed from February 6 to January 3 and combining locations will solve issues of space as well as coordination.