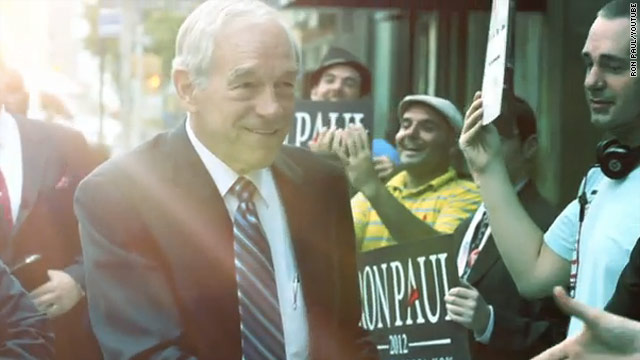 Des Moines, Iowa (CNN) - A new TV commercial by Rep. Ron Paul of Texas takes shots at two of his rivals for the Republican presidential nomination.

The Paul campaign says the 30-second spot begins running statewide in Iowa Wednesday, six days before the caucuses–the first contest in the primary and caucus calendar.

The ad begins with the narrator saying that "The Washington machine is strangling our economy. Politicians who supported bailouts and mandates. Serial hypocrites and flip-floppers who can't clean up the mess."

The narrator goes on to say that "one man stands alone, a real plan to cut a trillion dollars year one, balance the budget in three" and closes by saying "Ron Paul, the one we've been looking for."

Paul's campaign has spent around three-quarters of a million dollars to run ads on Iowa TV so far this year.