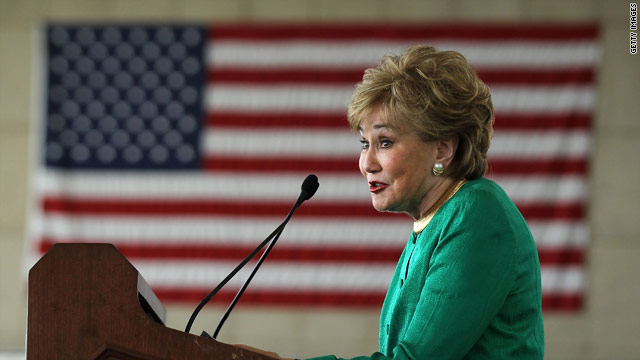 (CNN) - Mitt Romney rolled out another slate of endorsements Wednesday, hailing support from former North Carolina Senator Elizabeth Dole as well as a panel of high-profile women in New Hampshire.

"America is facing some of the greatest challenges in our nation's history, in particular with regard to our economic future," Dole wrote in a release. "It is vitally important that we nominate an individual with both a steady hand for these difficult times and the experience and capabilities to get our country back on track."

Dole campaigned with her husband, former Kansas Senator Bob Dole, when he was running as the GOP nominee in the 1996 presidential election. The North Carolina Republican touted her Iowa contacts in her statement endorsing Romney.

"I've been in all of Iowa's 99 counties twice and have met hundreds and hundreds of dedicated voters," Dole wrote. "Endorsements may not matter, but hopefully my friends in Iowa will also offer their support to the Governor, a man of experience, leadership and unassailable character."

Romney also heralded the support from a long list of New Hampshire women Wednesday, including leaders in local government and the wives of three prominent Granite State politicians.

"I am proud to earn the support of these outstanding women from across New Hampshire," Romney said in a statement. "They share my vision of a 'Smaller, Simpler, and Smarter' federal government so that we don't burden future generations with crushing debt and deficits."