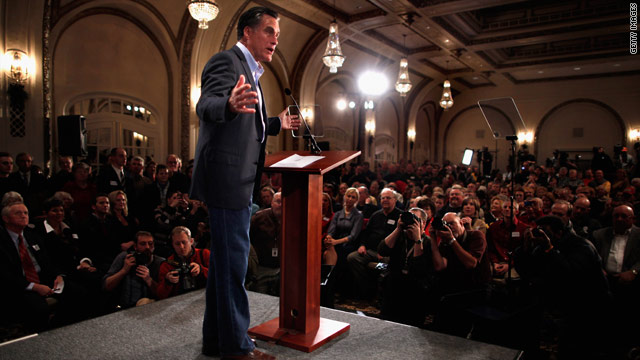 Romney swipes at Paul in Iowa

"One of the people running for president thinks it's OK for Iran to have a nuclear weapon," Romney told the audience at Ella's Tea and Coffee House in Muscatine. "I don't."

Paul, who topped Romney by one point in a recent American Research Group poll of likely Republican caucus-goers, has advocated for a non-interventionist policy toward Iran. The two GOP rivals' standings are within the sampling error of the poll.

In an interview with CNN's Wolf Blitzer Wednesday, former House Speaker Newt Gingrich said Paul's policy on Iran was one reason the former House speaker would not support Paul if he were the Republican nominee.

Romney will spend three days on a bus tour through Iowa, with campaign surrogates fanning out across the state as well. Rep. Aaron Schock introduced Romney in Muscatine, and Senators Norm Coleman, Jim Talent and John Thune planned to meet with voters in Sioux City.