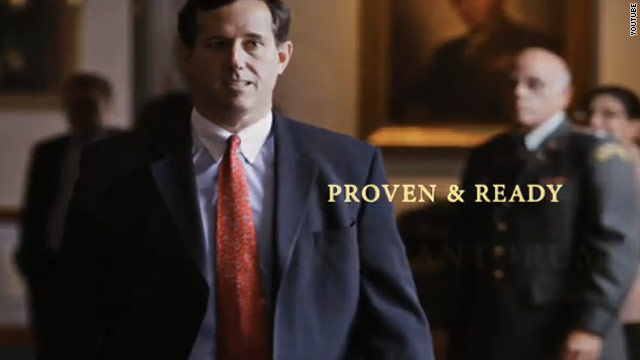 Des Moines, Iowa (CNN) - As Republican presidential candidate Rick Santorum aims for a late surge in Iowa, a super PAC backing his candidacy is up with a new television ad calling him the "real conservative" in the GOP race.

"All across Iowa, there's a principled conservative uniting Iowans," says a narrator in the 30-second spot from "Red, White and Blue Fund," a committee organized by former Santorum adviser Nick Ryan.

The ad calls Santorum, who is making a play to consolidate the support of social conservatives, a "dedicated defender of the unborn."

It also casts the former Pennsylvania senator as a "reformer with results" and a crusader against "radical Islam."

The ad will run statewide during the final week before next Tuesday's caucuses, but the size of the buy - $250,000 - is relatively modest compared to big spending from other campaigns and super PACs.

The ad comes at a welcome time for Santorum as he makes a push for a top three finish in Iowa.

Santorum has run a threadbare campaign focused more on grassroots activity than paid media, so any presence on television is bound to help.