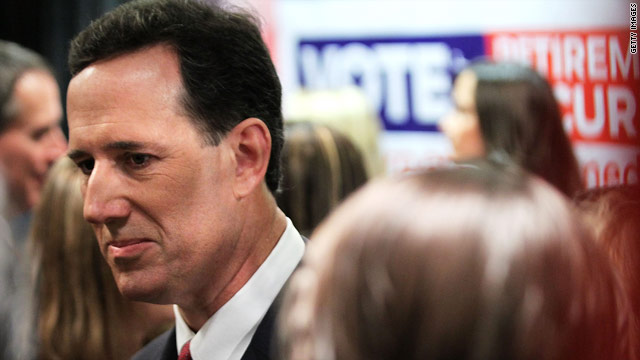 Santorum supporters see a political 'tortoise and the hare'

Discussion at the event swirled around the CNN/Time/ORC International poll that showed Santorum rallying to third place in the state.

"We're experiencing a surge," said a beaming Tom Intorcio, a member of Santorum's Iowa campaign staff, to people walking into the event.

An emerging question in the audience was whether hard work could beat big spending, and whether a low-budget campaign could still do well with county-by-county shoe leather.

"I think it's about the hard work. That's where it's at," Jeanne Heil, a Santorum volunteer, said.

"He knew what he had to do," said volunteer Karen Fesler. "Just getting out working and meeting the people. It works in every election in Iowa."

Santorum stressed the low-budget theme, talking about how he has no campaign bus.

"The more limited government is, the more free you are," Santorum said.