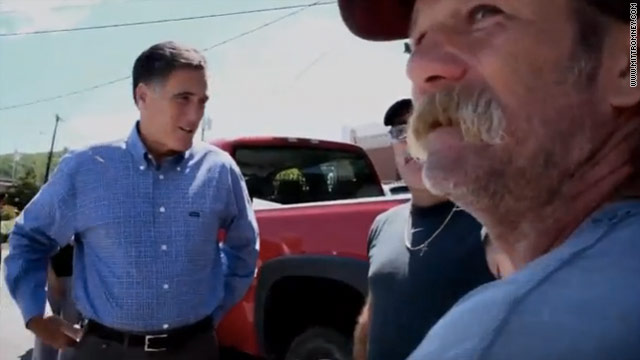 Waterloo, Iowa (CNN) - As he tops the GOP field heading into the Iowa caucuses, Mitt Romney offered his closing message to voters in the state with a television ad highlighting his patriotism.

"In the campaign to come, the American ideals of economic freedom and opportunity need a clear and unapologetic defense," Romney said in the commercial. "And I intend to make it because I have lived it."

A CNN/Time/ORC poll released Wednesday indicated Romney is in a statistical tie at the top of the GOP field in Iowa. A campaign aide said the candidate would host an event in the state on caucus night, a sign the campaign is optimistic about its prospects in the contest.

In the closing days before the caucus, Romney has largely avoided attacking his rivals. Instead, he has focused on President Barack Obama as his campaign works to present Romney as the strongest candidate to take on Obama in the fall.

"The principles that made this nation a great and powerful leader of the world have not lost their meaning – they never will," Romney said in the ad, which also shows images of Arlington Cemetery.