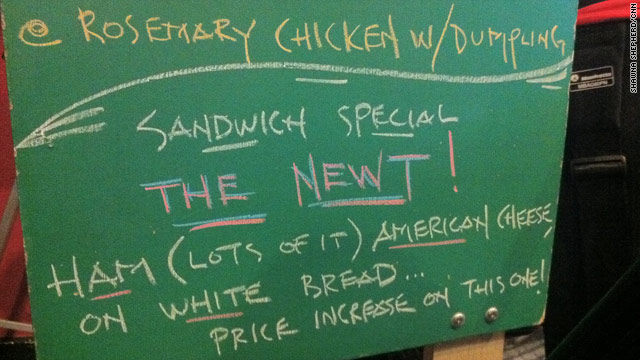 There were only about 10 people waiting for the presidential candidate, but luckily for the coffee shop, there were as many press – probably more – keeping the baristas busy.

But those who missed Gingrich's morning visit can indulge in "The Newt" sandwich special with "ham (lots of it), American cheese on white bread...price increase on this one!"

The price tag is $7.76– the regular price for the special. Chalk that up to a little Sioux City humor.

Since it's probably a bit on the early side for the sandwich, Gingrich ordered a coffee.