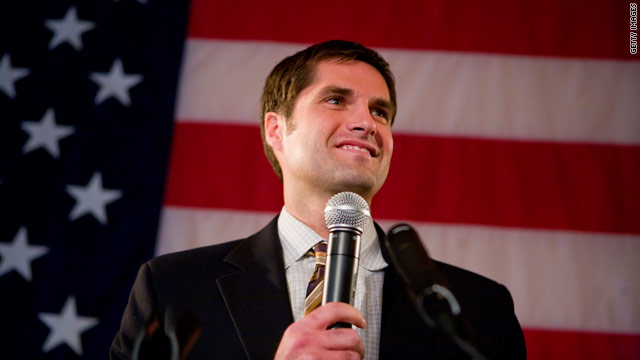 (CNN) – Mitt Romney's second-oldest son, Matt, made his first foray into the Twitterverse Friday with a mea culpa for tying the release of his father's tax returns to President Barack Obama's birth certificate.

Thursday Matt Romney responded to a question at a Concord, New Hampshire event about whether his father would release federal tax returns.

"I heard someone suggest the other day that as soon as President Obama releases his grades and birth certificate…then maybe he'll do it," Matt Romney said.

But one day later Matt, who appeared on the stump with his brothers Craig, Tagg, and Josh, backtracked.

"I repeated a dumb joke. My bad," he said in a tweet responding to a Politico reporter.

Mitt Romney, seeking the 2012 Republican nomination for president for the second time, declined to make his tax returns public but said he had nothing to hide, while referencing other candidates who haven't chosen to release theirs as well.

"No other candidates have released their income tax returns at this point," Romney told CNN's "The Situation Room" anchor Wolf Blitzer in an interview Wednesday.

"There's nothing particularly to hide. It's just when people say what disclosures have you made, you say, you follow the law, and you provide that information. I don't put out which tooth paste I use either. It's not that I have something to hide," he continued.

President Barack Obama was dogged by demands to make his long-form birth certificate public following his 2008 election. Hawaii, the state where he was born, traditionally releases a shortened document certifying the birth of state residents to the public. The president released the long form version in April of 2011 in response to extended speculation that he was not, in fact, a U.S. citizen.