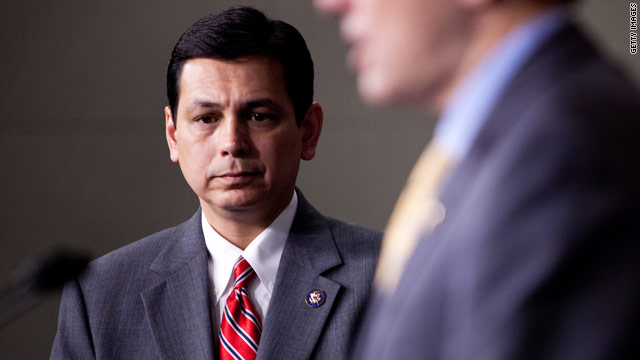 Ohio congressman will not seek another term

(CNN) - Following a redistricting battle in Ohio, Republican Rep. Steve Austria announced Friday he will not run for re-election in 2012.

The two-term congressman cited the state's new redistricting map for his departure, expressing disappointment over the Ohio legislature's move to divvy up the 7th Congressional District and merge it with three different districts.

The Buckeye State lost two congressional seats after the 2010 Census, forcing the state to draw a new map. The final version, released earlier this month, caused a stir as it pit several longtime incumbents against each other in re-election bids.

On Thursday, Democratic Rep. Dennis Kucinich of Ohio, who also lost his district, made headlines when he announced he would challenge fellow Ohio Rep. Marcy Kaptur–a Democrat and the longest serving woman in the House of Representatives.

Saying in a statement he shares "anger and frustration" with Ohio voters over the new map, Austria added that it wasn't worthwhile to run for a different Congressional seat.

"My family was faced with a difficult decision that included possibly uprooting our family to run in another district – which would not have been fair to them," Austria said.

Austria added he will finish out the remainder of his term set to end in 2013. The congressman serves on the House appropriations committee and boasts working as an advocate for the Wright-Patterson Air Force Base, which is located in his district.

Prior to moving to Capitol Hill, Austria served for eight years in the Ohio Senate and two years in the state's House of Representatives.

"I have thoroughly enjoyed working on behalf of every one of my communities, both large and small, and regret that I will not be able to continue the work I have been truly committed to, due to the redrawing of the maps," Austria said in a statement.