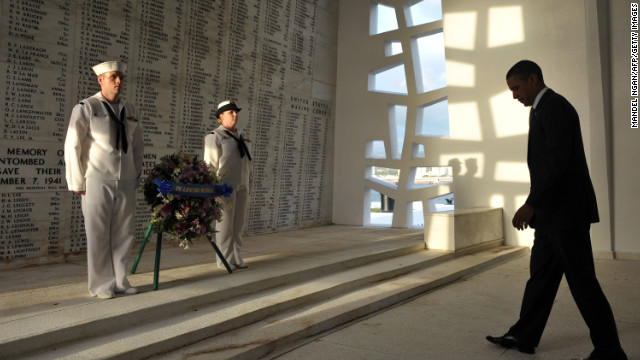 Accompanied by his wife, Obama Thursday marked this year's 70th anniversary of the 1941 Pearl Harbor attacks by laying a wreath inside the memorial and scattering white, yellow and purple flower petals in the water above the wrecked ship.