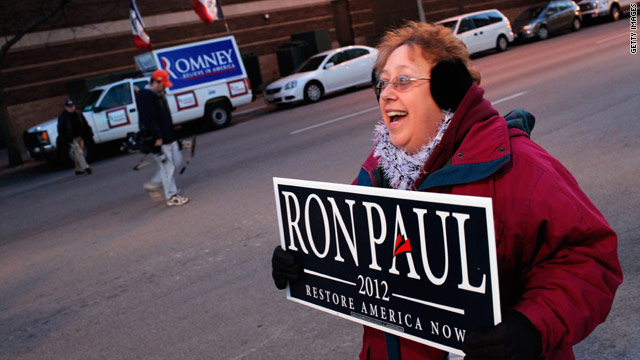 Des Moines, Iowa (CNN) - A new survey released Friday offers further proof that the political landscape in the Hawkeye State has changed, with just four days to go until the caucuses.

The survey is similar to a CNN/Time/ORC International poll that released on Wednesday that also indicated Romney and Paul basically tied for the top spot, with Santorum surging and Gingrich fading, among likely Iowa GOP caucus goers. The state's January 3 contest kicks off the presidential primary and caucus calendar.

According to the NBC/Marist survey, only 7% of likely caucus goers believe that Romney, who's making his second bid for the GOP nomination, is the true conservative in the field. But only 21% say he's unacceptable as a Republican nominee, compared to 35% who feel that way about Gingrich and 41% who feel that way about Paul, the longtime Texas congressman who's making his third run for the White House.

The NBC News/Marist poll was conducted Dec. 27-28, with 425 likely GOP caucus goers in Iowa questioned by telephone. The survey's sampling error is plus or minus 4.8 percentage points.