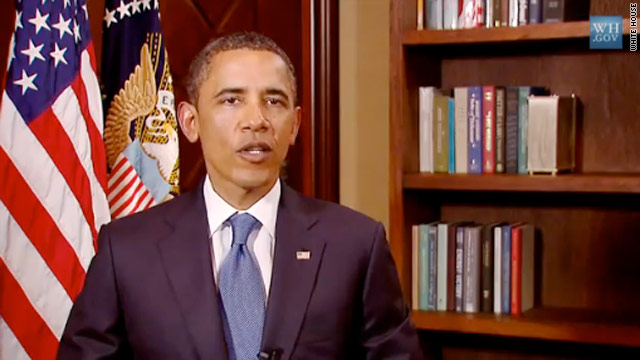 Weekly addresses look ahead to 2012

(CNN) - In their weekly addresses Saturday, President Barack Obama and Georgia Republican Sen. Johnny Isakson looked back on the landmark legislative battles of 2011 while reminding listeners of the issues on the table in 2012.

Speaking from Honolulu, Obama said it was “good to see” Congress extend the payroll tax cut, and praised Americans for making their voices heard.

“It was only possible because you added your voices to the debate,” Obama said. “Through email and Twitter and over the phone, you let your representatives know what was at stake. Your lives. Your families. Your well-being. You had the courage to believe that your voices could make a difference. And at the end of the day, they made all the difference.”

Obama said that upcoming decisions by Congress and the White House would come to define the direction of the country.

“We’ve got some difficult debates and some tough fights to come,” Obama said. “As I’ve said before, we are at a make-or-break moment for the middle class. And in many ways, the actions we take in the months ahead will help determine what kind of country we want to be, and what kind of world we want our children and grandchildren to grow up in.”

In the weekly Republican address, Isakson identified specific measures he said would be the landmark legislative battles of the new year.

“In 2012, Republicans will continue to fight for much-needed tax reform for all American families and small businesses. It is critical if we want to see the economy grow in this country,” Isakson said.

He also listed tacking the federal debt and reforming regulation as Republican priorities for 2012, ones that couldn’t wait until a new Congress is sworn in following the November general election.

“As we enter into this New Year, many have predicted that Congress will be too consumed with the fall elections to accomplish anything significant,” Isakson said. “Americans cannot wait until after the November election. They need us to do our job and do it right now to create an economic climate that makes it easier to put people back to work. Republicans stand ready to do that.”