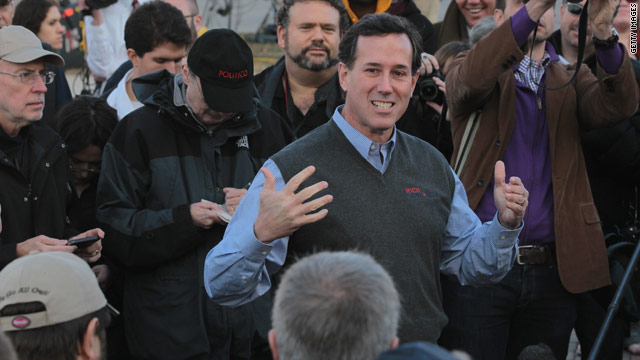 Late-surging Santorum looks to rally voters ahead of Iowa caucuses

Des Moines, Iowa (CNN) - Rick Santorum started the new year riding the wave of a strong finish in the last major poll before Tuesday's Iowa caucuses and looked to rally his supporters in a series of events on Sunday.

There were few surprises in Saturday night's Des Moines Register poll - front-runners Mitt Romney and Ron Paul finished 1-2 as they had in other polls during the week. But the Register poll showed Santorum, who just weeks ago had registered only in single digits, pulling ahead of rivals Newt Gingrich and Rick Perry.