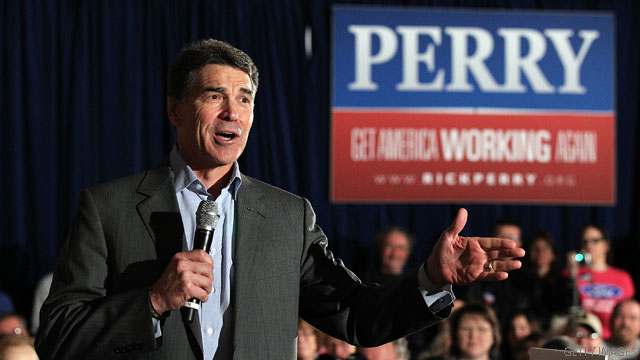 (CNN) - Coming off a second-to-last place showing in a key poll two days before the Iowa caucuses, Texas Gov. Rick Perry insisted Sunday that he has "a good bit to show" for his heavy campaigning in the state.

"We got in the race late," he told "Fox News Sunday," referring to his entry into the presidential field in August. "Some of these folks have been running for years" across multiple contests, he argued.

And Perry insisted his campaign will move forward. Other candidates "may do OK in Iowa, but when it comes to running a national campaign they're going to falter," he said.

Dogged by missteps including notoriously bad moments at debates, the Texas governor wrote off a report suggesting campaign ineptitude had sunk his presidential hopes.

The report, from Politico, cited an anonymous senior adviser to Perry saying that "there has never been a more ineptly orchestrated, just unbelievably subpar campaign for president of the United States than this one."

Perry told "Fox News Sunday" he has not read the report, and described it as "inside-the-Beltway chatter."