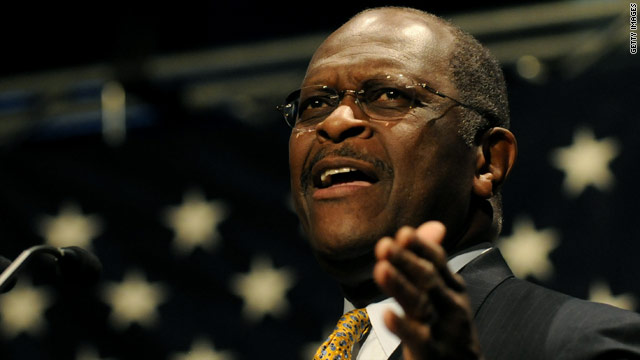 Cain: If Romney takes early states, game still not over

(CNN) – Herman Cain said Monday Mitt Romney will still face an uphill battle for the nomination even if he wins the first two Republican presidential contests in Iowa and New Hampshire.

"It is not game over," the former GOP White House hopeful said on CNN's "Piers Morgan Tonight."

Cain pointed to Romney's last bid for president in 2008. The former Massachusetts governor ended his campaign soon after Super Tuesday in early February, following losses in key early states, some of which fell in the South.

Cain's comments came just one day before the Iowa caucuses and eight days before New Hampshire's primary on January 10. While Romney holds a wide lead in New Hampshire, he finds himself statistically tied for first place with Texas Rep. Ron Paul in Iowa.

Cain, a businessman from Georgia, campaigned heavily in southern states before suspending his presidential bid in December amid allegations of an extramarital affair and sexual harassment when he led the National Restaurant Association in the late 1990s.

Cain has yet to back a candidate, saying instead he'll announce his support later in an "unconventional endorsement."

The former candidate, once a frontrunner in the race, also announced plans to start a "national movement" but refrained from elaborating on what that initiative entails.

"I'm going to go from a campaign to a movement. And the only difference is these issues that I have talked about passionately, they're not going away. The solutions are not going away," he said.