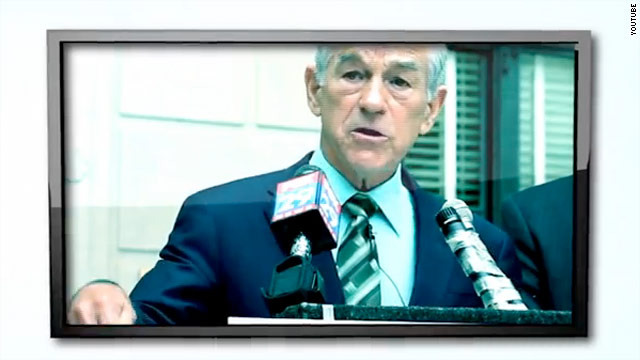 The minute-long television spot is scheduled to air statewide in New Hampshire on broadcast and cable networks. The ad is what Paul's campaign called their "closing argument" in the Granite State.

Called "Believe," the ad featured New Hampshire Paul supporters listing the reasons they back the candidate, focusing on his platform of limited government and responsible spending.

Another asserted: "When he says he's going to cut at trillion dollars in the first year, I believe it."

The ad drew comparisons between Paul and two of his competitors, former Massachusetts Gov. Mitt Romney and former House Speaker Newt Gingrich. Clips of television reports showed pundits criticizing Romney for his reputation as a flip-flopper, and Gingrich for his role advising Freddie Mac after he left Congress.

"We can't afford to make the same mistakes we've made in the past," a female Paul supporter said.

In a statement, Paul's campaign said the ad underscored their operation's strength in New Hampshire.

"Ron Paul is surging in New Hampshire and is in it to win it," Jesse Benton, Paul's national campaign chairman, said in a statement. "We have a first-class organization and tremendous support from a state where his message of personal and economic liberty resonates well."

Benton said the spot was the final paid television advertisement in the state.

"This ad will serve as the closing argument for why Ron Paul is the only authentic conservative in this race, and the only one capable of bringing authentic change to Washington," Benton said.