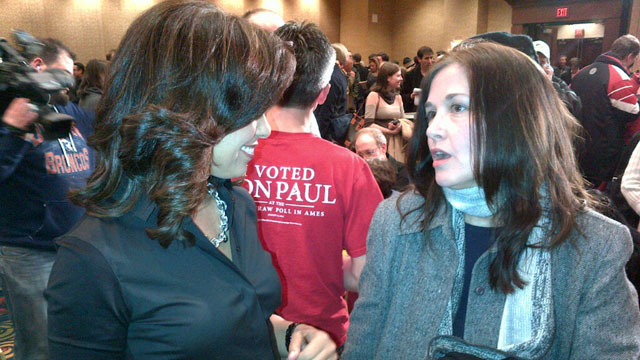 Des Moines, Iowa (CNN) - Stephanie Fawkes-Lee calls herself a public policy advocate who lobbies for constitutional freedom. She considers herself a moderate but says she's "married to a flaming liberal."

She wants candidates to be blunt and specific and hates it when the campaigns get bogged down in "tiny scandals."

"The war on drugs has just ruined our country," she said. "I really wish they'd talk more about the drug and alcohol problem in our country. It's tearing apart our country, particularly communities."

She says a lot of campaigns focus on fear– "of Iran, foreign threats when there are threats right here."

She thinks a lot of important issues have gotten overlooked because in the debates "you've heard about the right wing of the Republican party. These are not necessarily issues we all care about."