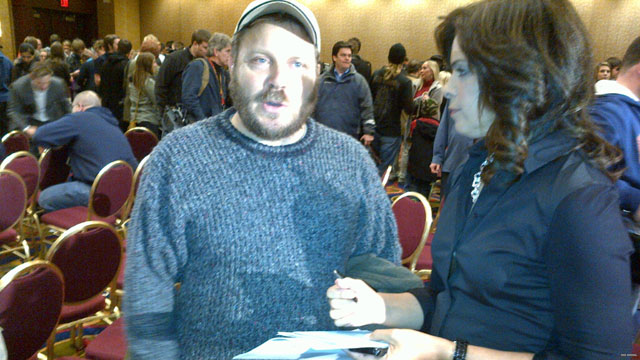 Des Moines, Iowa (CNN) - Mike Schwed came all the way to Iowa from upstate New York on his vacation.

"I came 4 years ago and really enjoyed the access to candidates and the press," he said.

He supports Rick Santorum because his answers are not "pat answers, he discusses complicated topics and admits there are not easy answers."

He says he met Mitt Romney in a room of just 30 people "and [he] couldn't even convince them."

He saw Rick Perry at a dinner last night and he was "like a Ken doll."

He saw Newt Gingrich at an event and "he didn't even speak."

He came to a Ron Paul event to hear him out and wasn't convinced.

He said he thinks the debt isn't being discussed enough.

"The borrowing is out of control and we need to discuss it seriously," he said.

"I like that he covered the debt problem," he said of Gingrich, before saying he would probably still vote for Santorum.