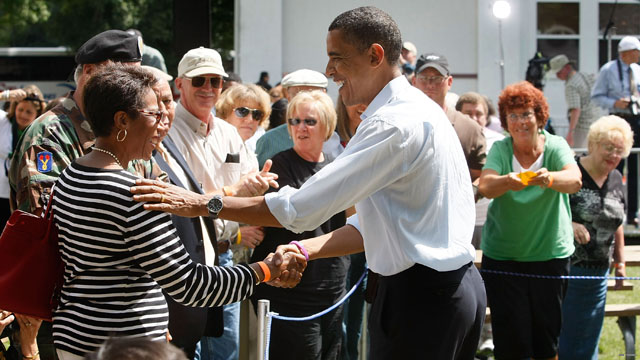 Des Moines, Iowa (CNN) – President Barack Obama will take a few questions from Iowa caucus-goers when he addresses Democratic caucus sites Tuesday through a teleconference, according to a senior Obama campaign official.

Obama is thus far running unopposed on the Democratic side while Republican candidates duke it out for the GOP nomination.

The president won the first-in-the-nation Iowa caucuses in 2008, which helped propel his candidacy nationwide. Ahead of the 2012 general election, Team Obama said they are not focused on turnout Tuesday and are instead using the non-competitive primary contest as "an opportunity to expand the unrivaled organization we have built this year."

At a press conference in Des Monies, Rep. Debbie Wasserman Schultz, chair of the Democratic National Committee, said Democratic efforts Tuesday are the culmination of months of organization on the ground in the Hawkeye State. Starting Wednesday, she said they intend to shoot the organization "out of a cannon."