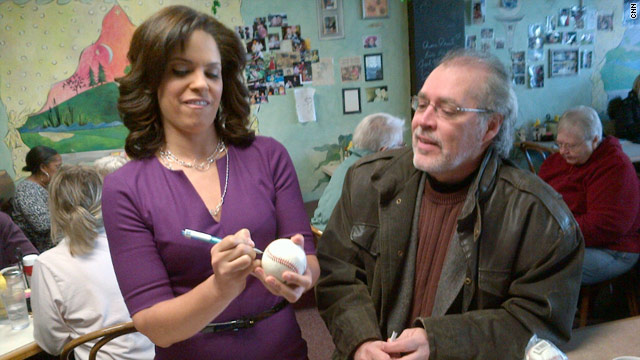 Des Moines, Iowa (CNN) - David Long asked me to sign his baseball. He collects them and gets people to sign them so he carries them around Des Moines.

"It's going to be exciting at the caucuses," he says. He plans to take his kids. Besides getting autographs he wants the elections to move us past bad policies of the past. He wishes we had someone in between President Barack Obama and the Republicans. He agrees with about 80 percent of what Ron Paul says but can't go with the idea of getting rid of so many government departments. He says there are people out there who need services. Even so, he won't caucus with the Republicans this time around.

David is a life coach. If he were life coaching Obama he would tell him to be true to his word. He thinks Mitt Romney, more than anyone, needs to stand behind what he says. Rick Santorum needs to be understanding, to recognize people are different, he said. He believes Michele Bachmann needs to break the agreements she has with herself. "Ron Paul is just too cool to need a life coach," he said.