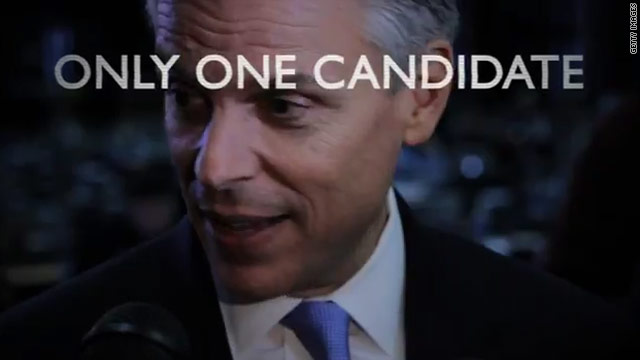 Peterborough, New Hampshire (CNN) - Jon Huntsman will air his first television ad in the days running up to the New Hampshire, a campaign source said.

CNN has learned the campaign raised sufficient funds from a fundraising drive to put an already existing web video on the airwaves in New Hampshire. The campaign's goal was to raise $100,000 to air the ad.

The spot featured Huntsman speaking during a debate, interspersed with slick shots of the GOP candidate surrounded by reporters.

"This nation has been downgraded," Huntsman said. "We have been kicked around as people. We are getting screwed as Americans."

Huntsman said the nation had a "trust deficit."

"I'm going to fix this country's trust deficit because we're too good as people to be in the hole we're in and we deserve better," he said.