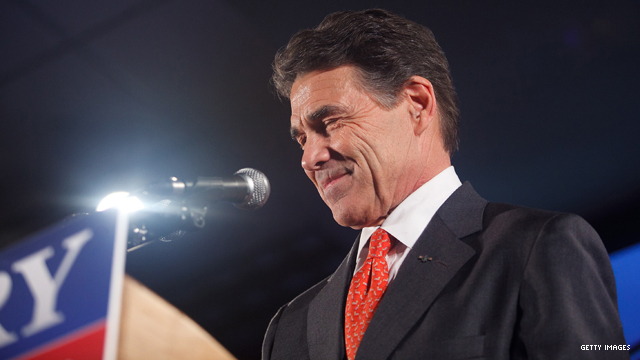 After his disappointing fifth place finish in the Iowa caucuses, the Texas governor has scrapped his entire campaign schedule and will return to Austin to ponder whether to forge ahead with his bid.

"We have been told to hold until we hear from Austin," said a Perry source in South Carolina, where the candidate was preparing to launch an aggressive statewide bus tour on Wednesday. "It looks like he is not coming this week. He has definitely canceled his plans."

Perry announced Tuesday night to a crowd of supporters at his Iowa campaign headquarters that he would assess his campaign in the coming days.

"With a little prayer and reflection, I'm going to decide the best path forward," Perry said.