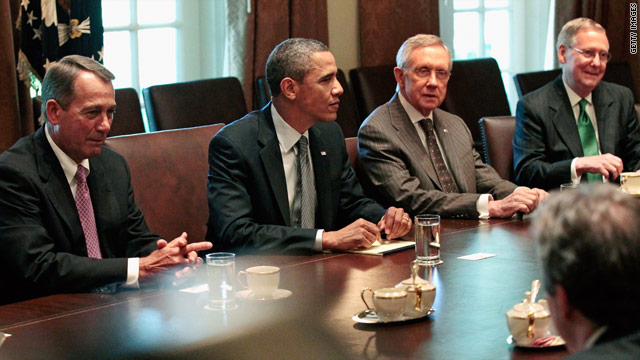 "This is an extraordinary and entirely unprecedented power grab by President Obama," complained House Speaker John Boehner, R-Ohio, in a statement, saying it "would have a devastating effect on the checks and balances that are enshrined in our constitution."

"This recess appointment represents a sharp departure from a long-standing precedent that has limited the President to recess appointments only when the Senate is in a recess of 10 days or longer," said Senate Minority Leader Mitch McConnell, R-Kentucky.

The intense GOP reaction to Cordray came before Obama also recess-appointed three members to the National Labor Relations Board, an agency under fire from Republicans who believe it is tilted in favor of labor unions.

However, Senate Democrats defended the aggressive efforts by the White House, arguing the president's constitutional authority to fill top government posts outweighed whether Congress was technically in session or not.

One of Obama's picks for the NLRB is a Republican, the Democratic aide noted.

At issue, is a disagreement over the meaning by the term "recess?" The constitution states the president can make recess appointments but fails to dictate how long a recess is. Legal experts have debated the point for years.

In his statement Wednesday, Reid did not specifically address his shift in thinking. However, the Democratic aide explained that Senate Democrats supported the moves because they believe a presidential challenge was inevitable-either by Obama or a future president. They also felt the appointment of Cordray to the consumer-friendly board was worth tossing out a precedent they've used before and might have otherwise tried to use again.

"Someone was going to challenge this at some point anyway," the Democratic aide said.

A top Republican aide predicted a small business or business association would file suit to block Cordray from carrying out his duties. That could make it harder for Corday to set up the nascent agency and its work would be "tainted," the aide argued.