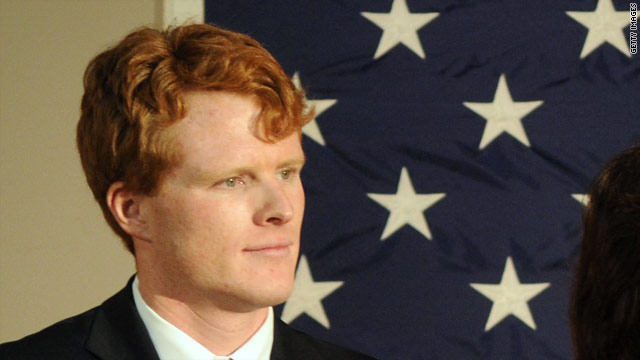 Another Kennedy to Congress?

(CNN) - Another member of the Kennedy clan may be headed to Congress.

The 31-year-old Democrat said he has issued his resignation as Middlesex County, Massachusetts prosecutor and will announce his intentions in the coming weeks.

"My decision to look seriously at elected office is grounded in a deep commitment to public service and my experience – both my own and that of my family – in finding just, practical, and bipartisan solutions to difficult challenges," Kennedy said in a statement. "It is a commitment instilled in me at a young age and one that inspired me."

Kennedy, the grandson of former senator and U.S. Attorney General Robert Kennedy and grandnephew of former President John F. Kennedy, served in the Peace Corps after college before attending Harvard Law School and working as a prosecutor.

He said he will spend the next weeks talking to residents of the Southern Massachusetts district, adding that Americans deserve better than the "lack of common sense and fairness in Washington."

"Americans are better than that. Each and every day, we work with people of different backgrounds and political views to achieve a common purpose. Washington can and should do the same," he said.

The political family held at least one seat in Congress for 64 years, until Patrick Kennedy decided against a reelection bid for his Rhode Island congressional seat in 2010.