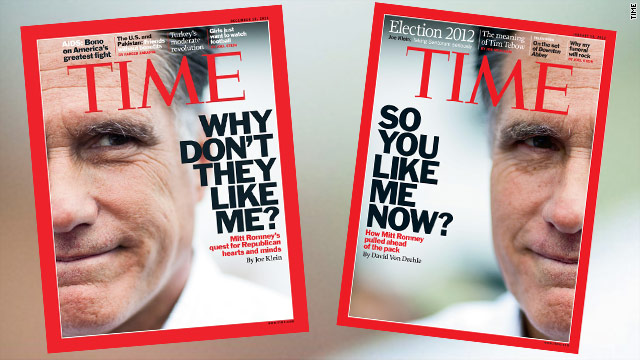 The latest cover, coming the week Romney won the Iowa caucuses by 8 votes, asks, "So you like me now?"

In his editor's letter, Time Managing Editor Rick Stengel writes: "This week, in the wake of Romney's razor-thin win in Iowa, we've updated and revised the question, using the other half of the same portrait of Romney. The first cover got a lot of attention, not least from Governor Romney himself, who began annotating the cover for those who asked him to sign it. Now the voters in New Hampshire and beyond can answer the question for themselves."