Salem, New Hampshire (CNN) - Newt Gingrich held a New Hampshire town hall Friday evening just miles from the bordering state once governed by Mitt Romney, a move designed to highlight the differences between himself and the presidential frontrunner.

(CNN) - Mitt Romney sought on Friday to dispel any notion he is undesirably close to Wall Street, but said his business experience prepares him better than his rivals to be president.

"I'm independent of Wall Street," the former Massachusetts governor told Bloomberg Television's Peter Cook in an interview. "By the way, I haven't ever worked on Wall Street. They were service providers to the business I was in, I was not in a Wall Street firm, although I was in financial services broadly."
END_OF_DOCUMENT_TOKEN_TO_BE_REPLACED

Washington (CNN) - The Obama administration Friday filed papers with the U.S. Supreme Court outlining its arguments in favor of the minimum coverage provision of the Affordable Care Act - the latest move in a high-stakes legal battle playing out in the heat of the presidential campaigns.

The letter claims spots created and paid for by the super PAC Restore Our Future erroneously suggest Gingrich was fined for ethics violations during his tenure as House speaker, saying, "These statements are NOT TRUE."
END_OF_DOCUMENT_TOKEN_TO_BE_REPLACED 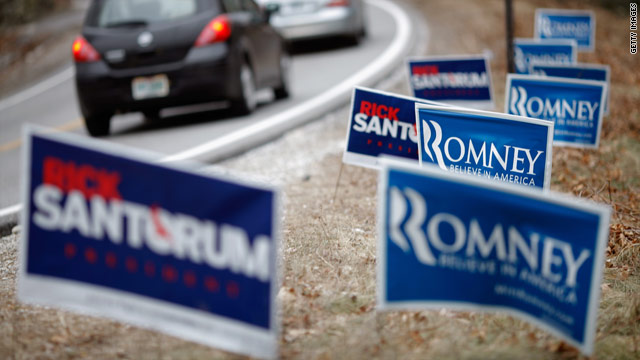 N.H. polls show Romney in lead, but a Santorum bounce

Rick Santorum, who surged from the back of the pack to come within 8 votes of winning the Iowa caucuses, saw a bump in support in New Hampshire, while former House Speaker Newt Gingrich saw his numbers decline since late December.
END_OF_DOCUMENT_TOKEN_TO_BE_REPLACED 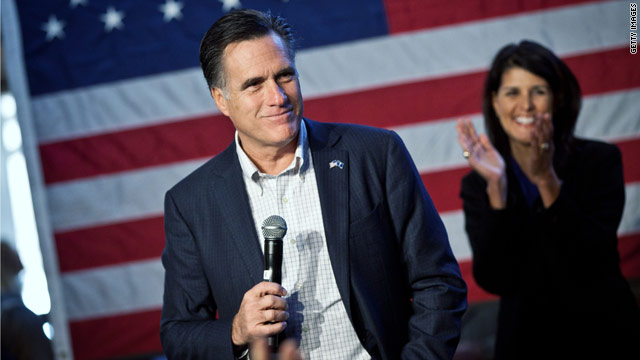 Romney told a packed audience at a spaghetti dinner in Tilton that he couldn't take his commanding lead for granted three days before the primary.
END_OF_DOCUMENT_TOKEN_TO_BE_REPLACED 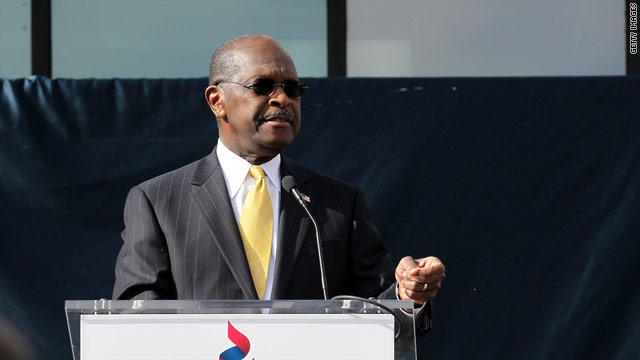 The one-time presidential hopeful said on CNN's "The Situation Room with Wolf Blitzer" that he has "no regrets" about dropping from the field and would name his "unconventional" endorsement on Thursday, Jan. 19 at the Southern Republican Leadership Conference.
END_OF_DOCUMENT_TOKEN_TO_BE_REPLACED

Paul: Would be fun to bring supporters to convention

(CNN) - Ron Paul said Friday he thought it sounded "fun" to use his fiercely-committed backers to influence the Republican Party's platform at this summer's GOP national convention in Tampa.

Paul, speaking with CNN Chief National Correspondent John King, was speculating about his path forward should he not win the 2012 GOP nomination. Interviewed for "John King USA" in Nashua, New Hampshire, Paul said it would be "difficult, but not impossible" to beat a path to victory should former Massachusetts Gov. Mitt Romney win the New Hampshire and South Carolina primaries.
END_OF_DOCUMENT_TOKEN_TO_BE_REPLACED 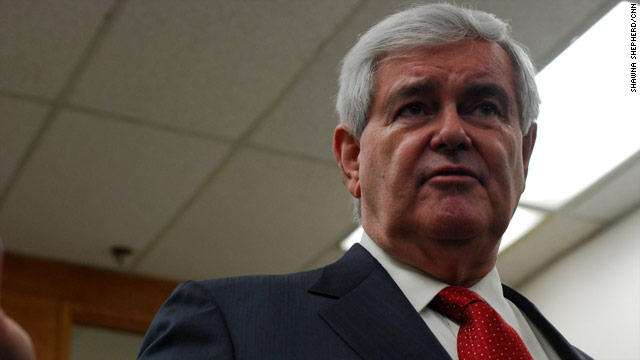 "And so I'm prepared, if the NAACP invites me, I'll go to their convention to talk about why the African-American community should demand paychecks and not be satisfied with food stamps," Gingrich said Thursday.
END_OF_DOCUMENT_TOKEN_TO_BE_REPLACED

(CNN) - You wouldn't know it by the Iowa caucus results and latest polls here in New Hampshire and South Carolina. But Newt Gingrich remains the second choice for Republicans nationwide, according to the Gallup daily tracking poll.

"I'm the only national conservative candidate," Gingrich told CNN Radio Friday. His past as House speaker brings significant name recognition with older voters, to be sure. But Gingrich has been unable to translate the national recognition into second place status in any of the first states to go in the nomination process.