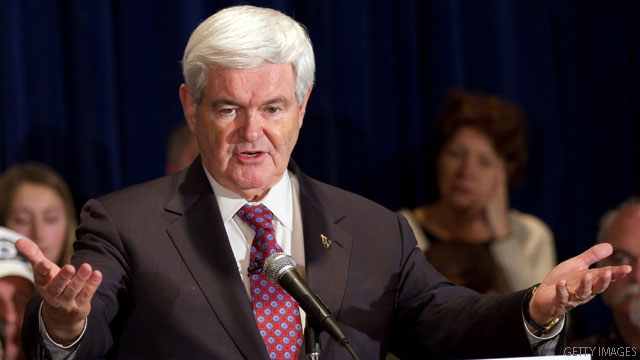 Lebanon, New Hampshire (CNN) - Republican presidential candidate Newt Gingrich derided the failed economic policies of President Barack Obama despite the latest jobs numbers that show the unemployment rate is now the lowest since the beginning of his administration.

"Three full years into the Obama presidency, and there are still 1.7 million fewer Americans going to work today than there were on Obama's Inauguration day," the former speaker said in a statement.

The economy added 200,000 jobs and the unemployment rate fell to 8.5 % in December, according to a Labor Department report.

For the past 6 months, at least 100,000 jobs have been added the economy each month.

The statement said, "The Obama experiment has failed, and it is time to look to proven solutions that have successfully empowered job-creators in the past."